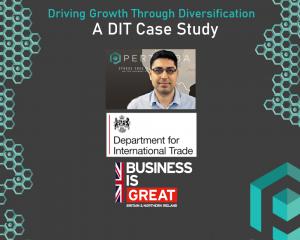 Following on from speaking at their “Exporting To The Commonwealth: Discovering Local Successes” virtual event last year, we’re proud to announce that our Commercial Director Ravi Karia was invited to sit down again with the Department For International Trade to share Pertemba’s secrets to successful and significant growth in New… Read More

Why Your Business Should Be Trading In China

Apopulation of 1.4 billion. 650 million internet users. An e-commerce market with a value of almost 2 trillion dollars. Numbers like these should be enough to whet the appetite of any business with international ambitions. Below we take a look at the nuances of selling in the world’s largest e-commerce… Read More

The Changing Behaviour Of Japanese Consumers

They say there’s more to life than work, and when it comes to e-commerce there’s certainly more than simply selling on Amazon. Take a look below at the top 5 alternate online retail outlets that you should be selling on today. 1.) La Redoute (France) As you may have guessed… Read More